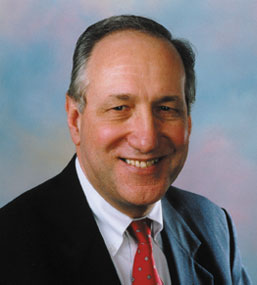 Sal J. Turano has spent his entire working career in the title industry. From 1959 to the present, Sal has held a variety of executive positions, including Vice President and Long Island area manager for Title Guarantee Company (now Ticor Title) and New York Metropolitan area manager for National Attorneys Title Insurance Company. In 1984 he founded Abstracts, Incorporated. Under Sal’s direction Abstracts, Incorporated has continued to enjoy “phenomenal” growth and success in the marketplace. Sal plays an active role in the company and in the real estate community, participating in a number of associations and organizations. He is a frequent speaker for the National Business Institute and has made numerous presentations to the Bar Associations of Nassau County and Suffolk County on current legal and legislative affairs.. He is also a member of the American Land title Association (ALTA) where he is a State representative for TIPAC and a National Association of Insurance Commissioners (NAIC) delegate. Sal has also been active in the affairs of the New York State Land Title Association (NYSLTA), serving on its Executive committee, as well as other committees, and was elected the President of NYSLTA for the 2002-2003 year.